Give your child the gift of success with award-winning Eleven Plus online tuition, tests and training. Suitable for all students wishing to gain a grammar school education in the UK.

We’ve built this brand new 11+ online tuition, tests and training course from the ground up with one purpose, to be the ultimate resource for any child taking their eleven plus. It’s absolutely jam-packed with practice questions, video based tuition, essential advice and detailed explanations.

If you’re serious about your child gaining entry into a grammar school, this is something you simply cannot afford to pass up on.

Here’s just a taste of what you can expect from our new and extensive 11+ online course:

✔  ANSWERS AND DETAILED EXPLANATIONS to every single question;

✔  VIDEO WALKTHROUGHS & INTRODUCTIONS to each question type, to teach your child how to approach the material;

✔  100% CUSTOMER SATISFACTION GUARANTEE if you aren’t completely satisfied just email us and we’ll cancel your membership. 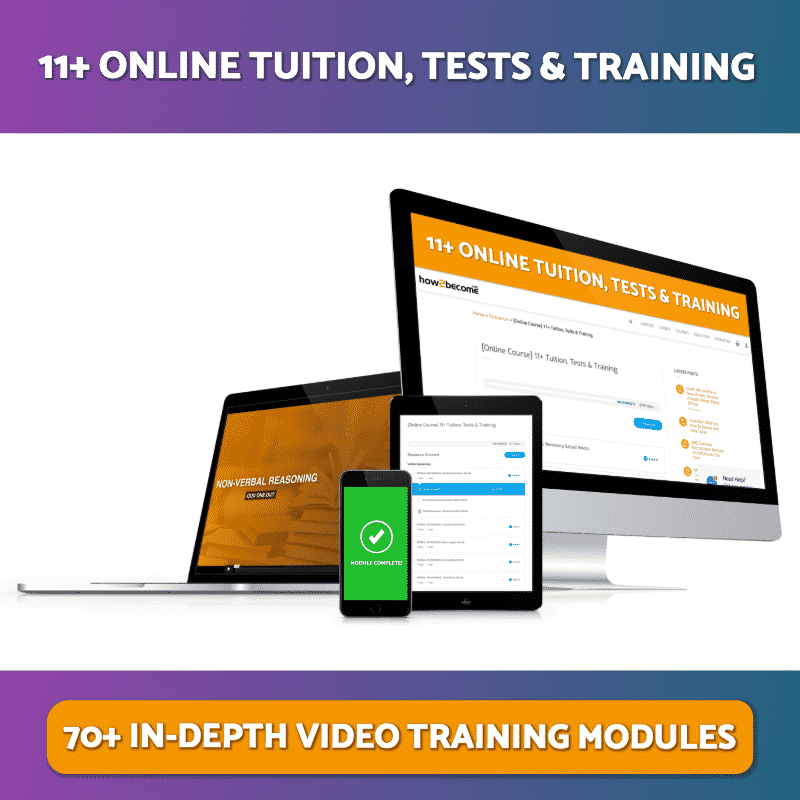 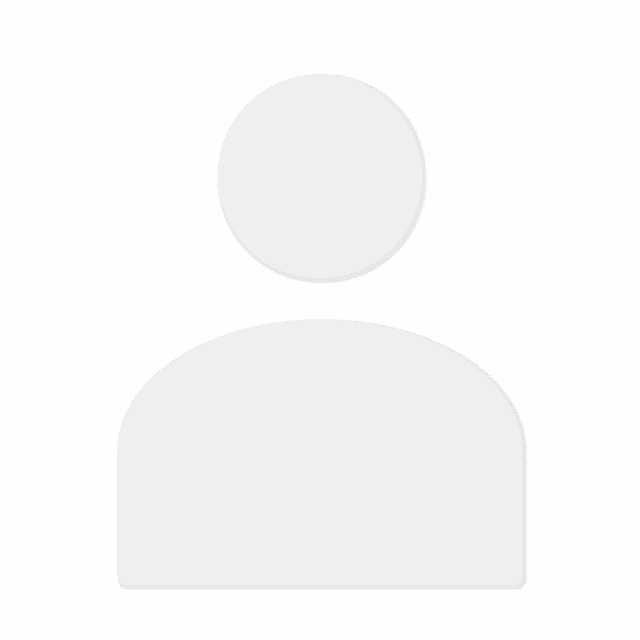 ‘Listening to the slide show and following the process step by step I found this site really useful, easy to follow and you can watch it again if need.’

‘Great facilities online and access to pretty much anything you need advice on. Testing materials are great.’

HOW CAN I PREPARE MY CHILD FOR THE 11+ EXAM?

The best way to prepare you child for the 11+ is to practice, practice, practice! The longer your child prepares for, prior to the exam, the more familiar they’ll become with the question types and thus the better their chances.

The real key to success in any test, is to learn the types of questions you’ll face. This means that when your child gets into the exam, they won’t even need to feel nervous – they’ll know exactly what’s coming and how to answer any type of question that they encounter.

Our online 11+ practice course is perfect for this, not just because of the sheer number of questions that we offer, but also because of the variety and difficulty of the questions. We’ve done our utmost to produce a course that covers every single level, ensuring that every child is catered for.

The 11+ is an exam that students all across the UK will sit if they wish to gain entry into a grammar school.

The eleven plus exam is divided into four different categories of assessment. These are:

Competition to get into grammar schools is extremely high. With this in mind, it’s imperative that you give your child the best chance of success.

Which is exactly what we designed our online tuition course to achieve. With so many practice questions, tips, advice, and explanations, you can’t go wrong! We’ve worked together with industry experts to provide you and your child with the most comprehensive course on the market. So, what are you waiting for? Enrol today, and put your child on the path to success! 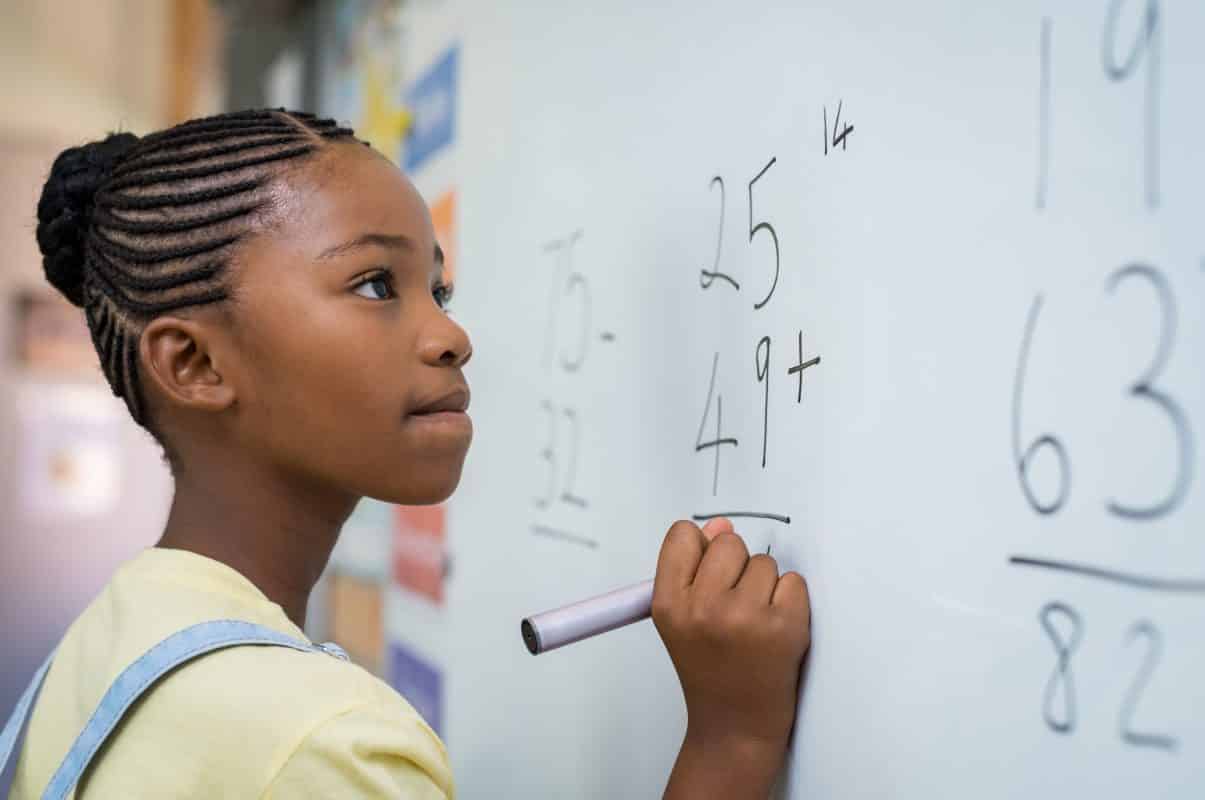 The English test comprises of two types of assessment: a comprehension test, and a writing-based task. These assessments will challenge your child’s ability to absorb information from a passage of text, and their creative writing ability. Our course is full of practice exercises for both of these elements, to get your child up to speed!

Read the passage and answer the question below:

France’s rapid capitulation during World War Two has been a source of much mockery for the past century. Intellectual criticism has been largely focused around the building of the Maginot Line – a line of fortifications built to shield French soil from a potential German invasion. The Maginot Line cost millions of pounds, and – according to some – completely failed in its purpose. But is this really true?

The Maginot Line, in the main, did exactly what it was supposed to – it forced Hitler to take another route entirely. When German forces eventually crossed into France, via neutral

Belgium, the bulk of British and French forces were waiting for them, having anticipated such an attack. Unfortunately, what they had not anticipated was the small, rather dispensary unit they were faced with. While British and French forces were preoccupied in a far corner of Belgium, the bulk of Hitler’s army crossed through the Ardennes Forest, a wooded area that had been deemed by the French as ‘impossible to traverse’. While Hitler’s generals shared this sentiment, Hitler himself, a notorious military gambler, was not so easily swayed.

Ultimately, it took just three days for German troops to advance through the Ardennes, arriving on undermanned French soil, right behind the bulk of the Maginot Line, whose static defences were quickly overwhelmed.

While historical hindsight might look unfavourably upon France, the reality is that their fall was more of a product of an extraordinary German military gamble than French incompetence.

Based on the passage, which of the following do you think most corresponds with the author’s viewpoint?

A. The author believes that France’s fall was a result of them spending millions of pounds on static defences.

B. The author believes that France’s fall was a result of their failure to embrace the requirements of modern warfare.

C. The author believes that France’s fall was a result of Hitler gambling, successfully, on traversing the Ardennes Forest.

D. The author believes that France’s fall was a result of Hitler exploiting the neutrality of Belgium to his own advantage.

Answer: C – The author believes that France’s fall was a result of Hitler gambling, successfully, on traversing the Ardennes Forest.

The author states, ‘…the reality is that their fall was more of a product of an extraordinary German military gamble than French incompetence.’

The non-verbal reasoning test comprises of shape-based questions, where you will need to identify a pattern, sequence, rotation, or relationships between various types of shapes. Non-verbal reasoning can be extremely tricky if your child isn’t familiar with what this involves – as this is a logic-based assessment. For the majority of people, this is perhaps the hardest part of the 11+ exam, as the concepts tested are so different to what children learn in school. With this in mind, it’s essential to practise before the test!

Question: Find the ODD on out:

Answer: D is the odd one out

Explanation: It is the only shape that has 5 sides.

The mathematics exam comprises of many different types of questions. This includes addition, subtraction, multiplication, transformations, perimeter and area, sequences, and much more! The best way to get better at maths questions, is to practice. The more your child practises, the more familiar they’ll become with each individual question type, and their brain will become accustomed to the exact requirements of each problem.

The verbal reasoning test comprises of word-based questions, including similes, word relationships, alphabet puzzles, letter sequences, and more. The best way for your child to succeed at this type of test is by developing their vocabulary, and in particular learning the meanings of certain words. The better they can identify the relationship between words, the better they’ll do at the exam!

Question: Choose two words (one from each group) that creates one word: 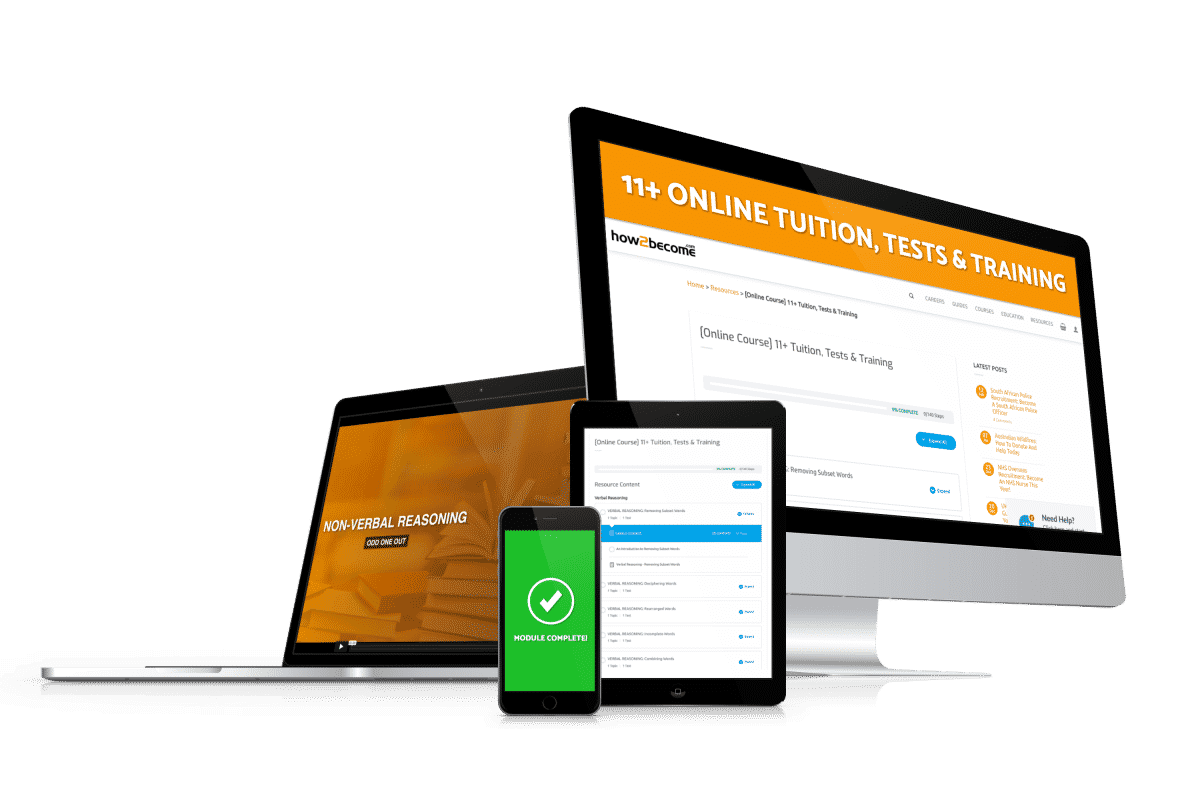 *Customer Satisfaction Guarantee – if our online course isn’t the right fit for you or your child, just let us know within the first 29-days and we’ll cancel your membership at no extra charge.

HOW DIFFICULT ARE THE QUESTIONS IN THIS ONLINE COURSE?

We’ve made sure that we cover every aspect of the 11+ exam (English, maths, non-verbal reasoning and verbal reasoning), at a variety of levels to ensure that this online training course will help boost your child’s scores; no matter what amount of preparation they’ve done prior.

MY CHILD HAS ALREADY STARTED PREPARING FOR THE ELEVEN PLUS. will this still help?

Yes, absolutely! This online course not only provides you with 100s of practice questions and video walkthroughs to every single question style, but also top tips to boost their scores.

What MAKES YOU QUALIFIED TO DELIVER 11+ TUITION?

We’ve helped literally 1000s of students in the UK over the last 15 years to prepare for the eleven plus, and the success rate is frankly staggering. And what’s more, we’ve worked with professionals within the industry to help build this new online tuition platform from the ground up!

You can access our online tuition course on any PC, Mac, tablet or smart phone via your How2Become account. Upon successful purchase, go to your How2Become account and scroll down until you see ‘Your Resources’ and click on the name of the course. If you have any difficulties logging in, please contact us at: [email protected]

What if I want TO CANCEL?

No problem. If you aren’t satisfied with this online course just email us at [email protected] within the first 29-days and we will cancel your subscription at no extra charge.

I’M NOT A FAN OF SUBSCRIPTIONS, CAN I JUST PAY A ONE-TIME FEE?

Absolutely. We understand that a monthly payment doesn’t work for everyone, which is why we’ve added an option for you to pay a one-off price for this online course of just £30+vat! 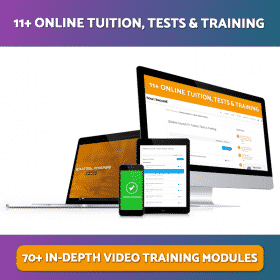 Includes:
You're protected by our customer satisfaction guarantee;
100s of practice questions in English, Maths, Verbal and Non-Verbal Reasoning;
70 video training and walkthrough modules;
Sit all tests under timed conditions;
Track your child's scores to monitor their progress;
Get instant access, on any device, at any time. 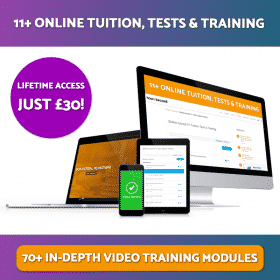 Includes:
Get instant lifetime access to use on any device, at any time;
You're protected by our customer satisfaction guarantee;
100s of practice questions in English, Maths, Verbal and Non-Verbal Reasoning;
70 video training and walkthrough modules;
Sit all tests under timed conditions;
Track your child's scores to monitor their progress. 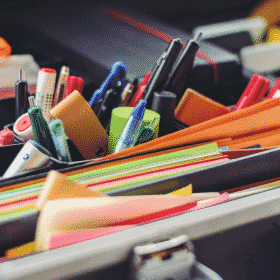 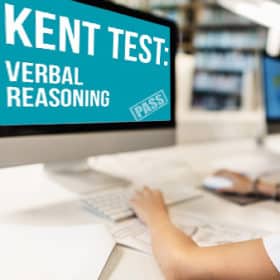 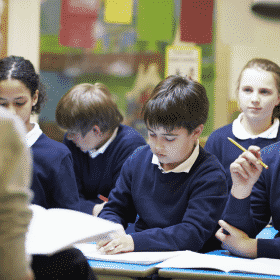 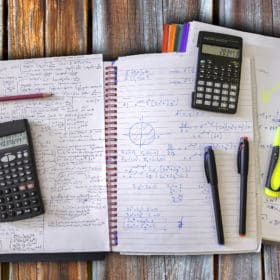 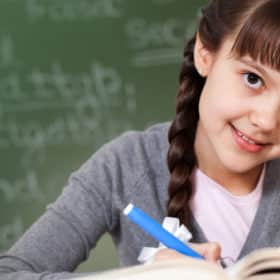 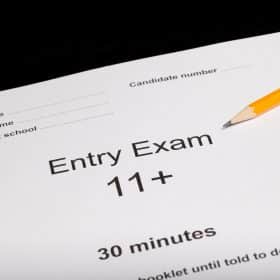 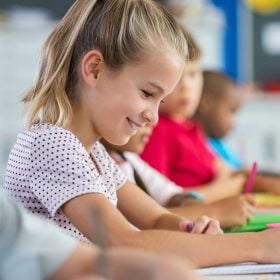 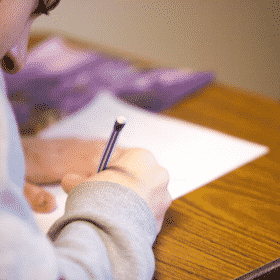 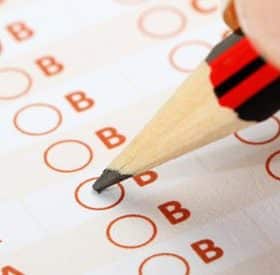 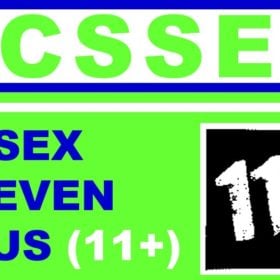 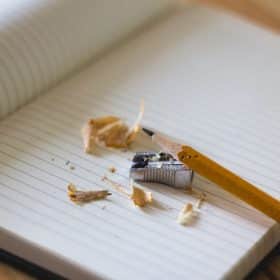 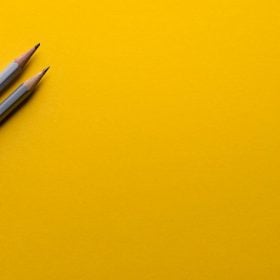 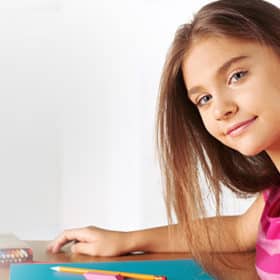 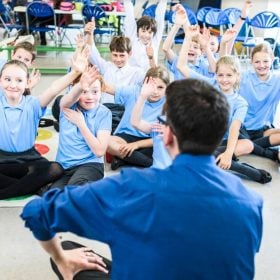 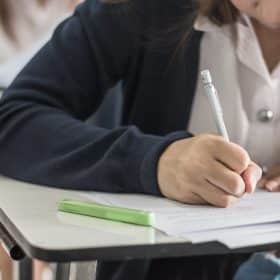 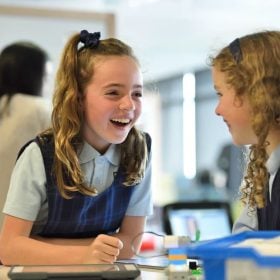 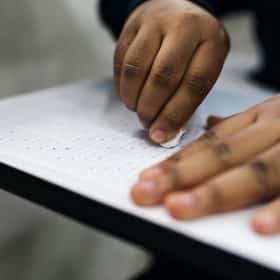 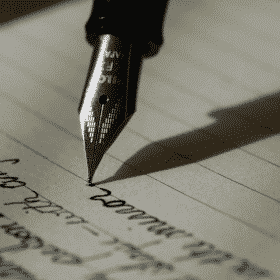