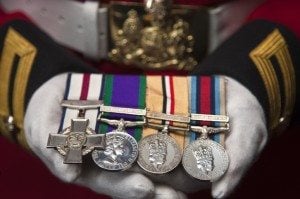 Running from highest position to lowest, these commissioned ranks are for officers in a variety of specialty positions.

It is important to note that the above pay for each position is on the low end. There are two tiers that are considered when it comes to pay for different rankings. They are known as the high and low spine. The high spine is generally £10,000 to £20,000 times higher than the low spine for starting and ending ranges. Pay is also based on experience in terms of position, ranking, and years in the Army. Generals can easily earn well over £200,000 per year especially as they work through the ranks. Education will always be a factor as well as if one is a reservist, Special Forces, or in a specialised position. Given the differences of pay scale it is best to use the numbers provided as a starting amount and potential earnings, wherein there is a possibility of earning much more as the ranks are increased while enlisted.