One popular form of job related fitness assessment, is the Bleep Test. Used by some of the most esteemed organisations in the country, including the Police Service and Fire Service, the Bleep Test is the ultimate examination of a candidates fitness and stamina. However, in recent years there have been several complaints over the effectiveness of the test, and whether it really works. In this blog, we’ll investigate and ask the question, how important is the bleep test? And how can you improve your bleep test results?

What is the Bleep Test?

Also known as the Multi Stage Fitness Test, the Bleep Test is a very simple exercise which tests your physical stamina. You will start at one end of a straight, 20 metre track, and your aim is to reach the opposite end of the track before an electronic bleep sounds. As the test progresses, the time between these electronic bleeps will get shorter and shorter, therefore requiring you to work harder the longer the test goes on. If you fail to reach the other end, you will generally be given two more attempts to catch up with the bleeps. If you fail this, then you will be eliminated. Depending on the test that you take, there are a maximum of 21-28 levels, although you won’t be expected to reach these. The average male achieves between Level 7 and Level 9, and the average female achieves between Level 6 and Level 8 on their bleep test results

Why is it effective?

At this point, you might be wondering quite why the Bleep Test is so effective. It’s such a simple concept, and from an outside perspective, it might even sound easy. Do not be fooled.

Firstly, the Bleep Test is a massive test of your mental stamina. Mental and physical stamina are intrinsically linked, it’s about having the will to fight on and not give up. Think about someone who works for the Police or Fire Service? Would they give up simply because they are tired? No, they would not. Their job is to protect the public, and this takes real courage and determination. Such organisations do not want weak minded candidates who cannot handle hard work. The Bleep Test is about pushing yourself to your limits, and really separates those who are willing to do this, from those who aren’t.

Physically, if you haven’t endured shuttle runs before, then you will need to practice beforehand. The impact of prolonged shuttle runs can have a significant toll on the body, and you will really struggle with this if you aren’t someone who exercises regularly. The Bleep Test results are specifically designed to measure your VO2 max oxygen intake, which in other words just means that it’s a test of your endurance. 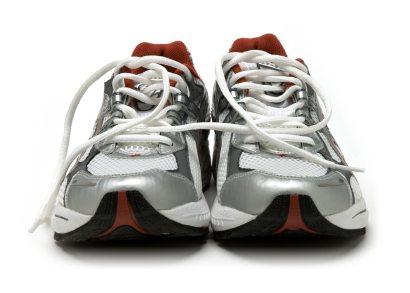 Why is not effective?

Despite the comprehensiveness of the Bleep Test in measuring a candidate’s fitness levels, there are still some complaints. Firstly, there is a widespread belief that the bleep test currently used by the Police Service in particular does not really challenge fitness levels. This is not down to the test, but to the level that candidates need to reach. Along with strength tests, the minimum required from aspiring police candidates stands at 5.5 for the bleep. When you look at the fact that the average male achieves a minimum of level 7, and the average female achieves a level 6, this is quite shocking. This is added to the fact that many people believe that the Bleep Test results should not be given as much importance as they currently are, in the general scheme of selection processes. While endurance is very important for Police, Prison Officers and Firemen, there are also other equally important factors that should be given just as much weight. These people believe that ruling a candidate out because of their endurance levels is unfair, and damages the process.

So, what’s the final verdict on the Bleep Test? In our view, it’s very important. While it’s true that there are more important elements than how many times you can run back and forth between 2 points, the Bleep Test is about so much more than your physical stamina. It’s a test of mental fortitude, an examination of how far you can push yourself and how far you are willing to go to succeed. These are all essential qualities, particularly when it comes to saving lives. There is an inarguable link between your attitude to the test, and your attitude towards hard work and perseverance, and that is why we are firmly pro Bleep Test. 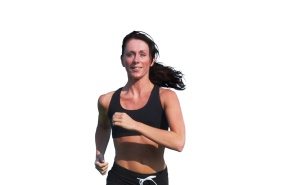 Taking the Bleep Test soon? We have the perfect package for you! Our Bleep Test CD is an exact replica of the test used by organisations such as the Police Service and the Fire Service. By taking this test before the real thing, you will significantly increase your chances. The only way to succeed, is practice practice practice. You can do this with The Bleep Test: Multi Stage Fitness Test! 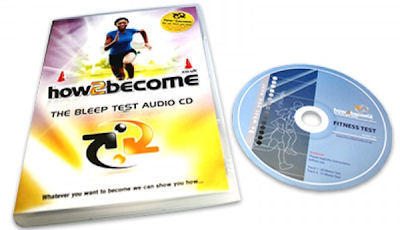