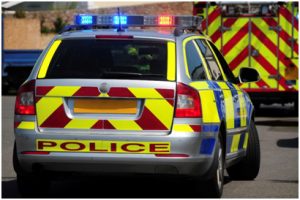 Great news this week, as the Metropolitan Police have announced a bold new scheme. For the first time ever, the Met police will be recruiting new detectives, without the need for the new employees to have worked in the police beforehand. This scheme is known as Police Detectives: Direct Entry.

It’s a scheme has been trialled in other areas of the police, such as inspector direct entry, with great success. Now, the MET Police are extending this to even higher positions, with the aim of bolstering both the quality of the police, and shortening the time that it takes to recruit. In this blog, we’ll tell you all about the new programme, and the benefits that it will have.

The aim of the MET Police detectives Direct Entry scheme, is to fill the substantial number of detective based vacancies within the police force. As of today, there are approximately 600 detective vacancies. The reason that the police are broadening their range, to recruit outside of the force itself, is that they are aiming to attract candidates with differing skillsets and knowledge than what they would normally get from a normal applicant. Initially, the Metropolitan Police will be taking on 80 detectives, with more set to join later. The Met currently holds 5,500 detectives, from 31,000 police officers. This is a small number, and needs to be increased in order to provide a reliable service to the public.

What is Direct Entry?

So, what is MET Police detectives Direct Entry? Essentially, Direct Entry requires candidates from outside of the police to apply for a job. Potential Trainee detective constables will go through a comprehensive selection process, and if they pass, will be offered a place on the Direct Entry course. As you can imagine, the selection process is extremely tough. You will not only need to fill in a detailed application form, which assesses your background and compatibility with the role, but you’ll also have to take a telephone interview, assessment centre tests and at least one face-to-face interview. Following that, you’ll take 18 weeks’ worth of training. The majority of this training will be spread between classroom lessons, and actual work in the field. Whilst training on the course candidates will be provided with a salary equating to just under £30,000. Successful candidates will start the training course in January 2018, with a further round of recruitment coming later in 2018 based on the results of this.

Part of the entry criteria for application, is that you must have a degree. This can be in any subject, and trainee detective constables must also have lived in London for 3 of the 6 years prior to application.

Why are the Met changing tactics?

It’s well known that the police are facing huge problems, due to significant cuts. This is particularly prominent in areas such as detective work, where there are enormous shortages. Some higher officials within the police have described this as ‘rationing’, and there has been recent widespread criticism of the current UK government, whose police cuts are seen by some people as contributing to recent terrorist attacks on the United Kingdom. Along with this, there’s also the fact that being a detective is extremely difficult. Factors such as the huge workload for detectives, and the pressure that they are constantly under, means that the job just isn’t as popular as it used to be. This is why the Met have decided to branch out, and recruit from different walks of life. The hope is that they can plug the gaps in recruitment, by bringing in people with different skillsets, diversifying the role and ensuring that police detectives are able to do more to stop and solve crime.