Fantastic news coming from the UK government this week, as it has been announced that the Home Office are allocating an extra £450 million in UK police funding. In this blog, we’ll elaborate on these plans, and explain how the new police funding measures will be implemented.

Where is the police funding coming from?

Obviously, £450 million is quite a significant amount. As we know, money doesn’t grow on trees, so where exactly is it coming from?
Well, firstly, the government are planning to give police and crime commissioners the power to raise council taxes. At the moment there is a particular portion of council tax which goes towards policing. Under the new initiative, police and crime commissioners will be able to raise this by £12 per household, annually. In doing so, they would raise a whopping £270 million. Meanwhile, the government themselves will provide £130 million for key priorities such as firearms, plus an extra £50 million for counter terrorism – an extremely important area these days.

Why has the money been allocated?

Amongst constant news of police budget cuts, deteriorating standards and the difficulty of being an officer these days, this is an extremely welcome move by a government who have come under major criticism for their previous approach to the police budget. This year, the government seem to have taken a different outlook, and the move comes in the wake of Policing Minister Nick Hurd taking the time to speak to every force about the difficulties they face, and the best way to overcome them. Based on this feedback, the new budget was produced. The government acknowledged this in a statement, claiming that ‘with more victims of serious hidden crimes coming forward, there is a greater demand on policing than ever before.’ With this in mind, the government have put together a police funding budget ‘that makes sure police have the resources they need.’

Not everyone is happy

While the news has gone down well with some people, there are many people who feel that the budget is still not enough, with concerns being raised especially about the funding. The mayor of Manchester has claimed that raising council tax means that the most deprived people in the country will bear the burden of the government’s failure to fund policing. Likewise, Sadiq Khan and various others have chimed in, claiming that the budget is simply not enough and falls ‘a long way short’ of the money needed to guarantee an effective police force.

In response, the home secretary has defended the government, claiming that although taxpayers will need to invest more money, they will be doing so for a great cause, and that the work police officers do is vital. She also encouraged the police force to step up their efforts, claiming that the government is committed to meeting the challenges of modernity in policing, and that the police now needs to be prepared to do the same. Many people have questioned this statement, especially given the lack of police funding from the government in recent years… 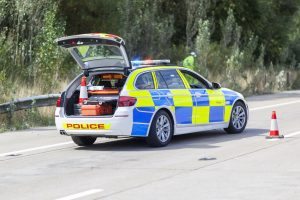