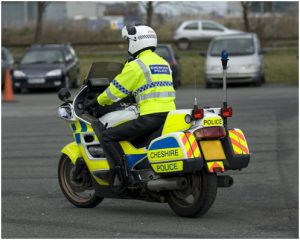 If you are a currently serving police officer, then you will no doubt be aiming for a position higher up in the force. There are many ways to progress within the police, but one of the most popular routes, is to take the Police Sergeants’ and Inspectors’ Exam. Once you’ve taken these examinations, you will be ready to start work as – you guessed it – a police sergeant or inspector. In this blog, we’ll take you through the different tests and exam examples for inspectors and sergeants, and give you some top tips on how to pass the Police Sergeants’ and Inspectors’ Exam.

The Police Sergeants’ and Inspectors’ Exam

Before you take the Police Sergeants’ and Inspectors’ Exam, you will of course need to complete a period of training. The majority of the material that is studied by aspiring inspectors and sergeants on these training courses, is the same. The biggest difference in the training is that the inspector syllabus is slightly smaller than that of the sergeant syllabus, and excludes certain areas of the Road Policing Manual. Sergeants and Inspectors will study the exact same exam syllabus material from the Police Duties Manuals: including crimes, evidence, general police and procedure.

What type of questions will I be asked?

Many of the questions in the Police Sergeants’ and Inspectors’ Exam, will relate to specific pieces of legislation and law, which you will learn during your training and police inspector test revision. Most of the time, you will be given a passage detailing an incident, and then questioned on the offence that the individual in the passage has committed (usually with the help of specific legislation). Essentially, the test is designed to examine the candidate’s understanding of law. Every question in the examination is of exactly the same value. Remember that the examination is not designed to reflect the realities of working as a sergeant, or an inspector. Therefore, you should treat every question with the same respect and value, regardless of your personal belief towards the importance of the law.

The questions will take on a similar format to the below:

Officer Jennings is on his evening patrol. He is just about to finish for the day. As he walks down the street, he is approached by a man named Mark, who claims that he saw a man (named Steven) driving down a road not far from the location. Mark claims that he saw Steven drive into a cyclist, before driving off without stopping. Luckily, the cyclist was unharmed. The cyclist was named Kevin. Mark spoke to Kevin, and discovered that he is a 42 year old man, with a wife and two daughters.

Fifteen minutes later, Officer Jennings manages to stop the car being driven by Steven. He pulls him over to the side of the road, and orders him to step out of the car.

Referring s.6 (5) of the Road Traffic Act 1988, is Officer Jennings within his legal rights to order that Steven takes a preliminary breath test?

A – No. Officer Jennings has no right to tell Steven what he can and can’t do. He should never have stopped Steven in the first place.

C – Yes. However, the breath test must take place within or close to an area where the requirements for Steven to cooperate, can be imposed.

D – Yes. Officer Jennings can tell Steven to do whatever he wants, as he’s a police officer.

The answer to this question is C. Since Officer Jennings has spoken to the cyclist hit by the car, and confirmed that an incident took place, he has reasonable grounds to believe that the individual driving the car – in this case Steven – he can legally ask Steven to undergo a breath test.

The listed section of the Road Traffic Act explains that if an accident occurs as a result of a motor vehicle on a road or in another public place, and a police officer has reason to believe that a person was either driving, attempting to drive or in charge of the vehicle at the time that the accident occurred, then they have legal authorisation to administer a preliminary breath test. 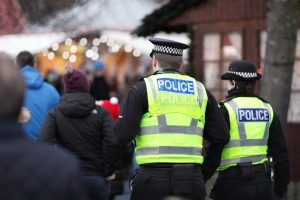 Sarah is walking to work one morning, when she is approached from behind by Henry and Jacob.

‘We won’t hurt you, as long as you give us the bag,’ Henry says.

‘You’re not getting it!’ Sarah shouts.

Henry grabs Sarah and holds a knife to her throat, whilst Jacob tries to snatch her bag.

Sarah fights with her attackers, and begins to run away. As the two men chase her, she trips and bangs her head on the pavement. She is taken to hospital and dies from head trauma.

Based on the above information, which of the following options is correct?

A – Jacob cannot be held accountable for the death of Sarah, as he simply tried to take her bag.

B – Jacob and Henry will be charged with attempted robbery, but not in the death of Sarah.

C – Jacob and Henry could be considered liable for the death of Sarah.

D – Sarah’s death cannot be blamed on Henry and Jacob, as it was her choice to run away.

Answer:
The answer to this Police Sergeants’ and Inspectors’ exam question, is C. Specific actions taken by a victim, which further the chain of causation, are not always considered to be essential to the original act. That is to say, if the victim’s behaviour is deemed reasonable or could be anticipated from the scenario, then their actions will not be considered essential to the original act, and therefore the defendant will be held responsible for the consequences. In this scenario, running to escape from her muggers constitutes perfectly reasonable behaviour, meaning that the fault is with the muggers themselves. 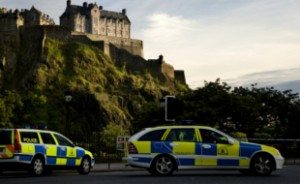