Key Stage 2 history: Stone Age to Iron Age is another topic of Key Stage 2 history that is widely taught and enjoyed by pupils. This is because it gives teachers a chance to talk about the origin of humanity. This is because they are able to paint a vivid picture of the huge change human lives have gone through since prehistoric times. This topic also allows teachers to introduce concepts like ‘prehistory’ and explain what causes us to refer to a certain period of time as an ‘age’, and indeed what makes one age change into another.

Key Stage 2 History: Stone Age to Iron Age can be broken down into the following sections: 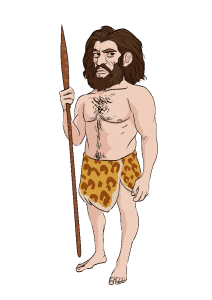 See below for an explanation for each of these sections, as well as possible subsections that teachers can cover in lesson.

• What does ‘prehistoric’ mean?
• What was Britain like?
• The first people

The Palaeolithic Era (which began 2.5 million years ago) is by far the longest era in this topic, taking up well over 2 million years by itself. Archaeological remains from this era are the first clues we have that suggest when and where people first appeared, and how they adapted their lifestyles to their changing environments. These remains, which are the only way we know anything about what happened during this era, also give us information about how people were developing, both in an evolutionary and societal sense. Indeed, by the end of Palaeolithic Era, homo sapiens was well established – people like us were around.

Historians today tend to place the start of the Mesolithic Era at the end of the final Ice Age that took place on Earth. This is because it caused a major environmental change in Britain. When the ice across the northern hemisphere melted, the amount of water this produced caused Britain to become an island! So, this topic deals with how people in Britain dealt with their new climate and surroundings, all the while making progress in all aspects of their lives. For example, due to their hunter-gatherer lifestyles, Mesolithic humans were very adept at working with flint. They used this stone to create tools and weapons. They used these to hunt many types of mammals and fish, which they had to follow around as the seasons, and thus their habitats, changed.

The start of the Neolithic Era seems to coincide with a vital moment of human progress – the invention of farming! This breakthrough was to eventually spell the end for the hunter-gatherer lifestyle, and lead to people settling in one place all year round. So, more developed living areas began to spring up – a move from simple huts to stone houses occurred. This also meant that people began to have time in the day to focus on other pursuits. In other words, they did not have to spend their entire day hunting in order to survive. So, people began to get better at crafting, building, and creating art. This arguably culminated with the gradual creation of the stone circle at Stonehenge. This great monument also gives us an insight into Stone Age concepts of religion and spirituality. 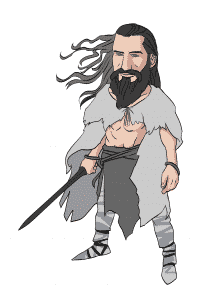 The Bronze Age, which began around 4,500 years ago, is an extremely significant one for a few reasons. Not least because it brought an end to the hugely long Stone Age! Of course, it was the era in which humans discovered they could work with metal to create even better tools and weapons! This had far-reaching effects on society – bronze items were very valuable, so producing them allowed early metalworkers to become very rich. This led to a more unequal society – the rich were able to seize power and become leaders of tribes, which would soon start to fight with each other for control over land and resources.

After around 1,700 years, the Bronze Age was at an end. People had discovered how to produce a new metal – iron! It was at this time that a group of people called the Celts began to spread across Europe, including Britain. The Celts originated in Western Europe, and their tribes were able to be extremely successful due to their high skill working with iron. This economic power, as well as a fearsome fighting style, allowed them to inhabit huge areas of Europe. So, a Celtic cultural revolution occurred. Their rich cultural traditions like their craftsmanship and storytelling became widespread. Pretty soon, however, a certain (rapidly growing) Italian Empire would take over – the Romans were on the march.

As you can see, the topic of Key Stage 2 History: Stone Age to Iron Age is an incredibly varied one, with lots of content that pupils could be introduced to. Although this means that it can seem dense and complicated, it gives teachers the opportunity to paint a picture of how people’s lives changed in this time. This makes it an ideal fit for the new curriculum, which aims to focus on just that.

On our YouTube channel, CareerVidz, we have created a primary learning playlist, which includes content about the topic of Key Stage 2 History: Stone Age to Iron Age.

If you need further help with KS2 History, have a look at our revision guide on this topic: 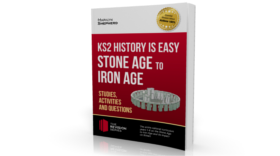