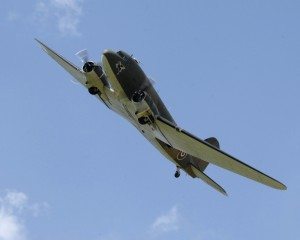 Fantastic news today, as it has emerged that the Royal Air Force (RAF) have opened up combat roles for women. Not only that, but soon the change will be extended to all further branches of the military!

As from today, Friday 1st September 2017, the ground force of the RAF will become Britain’s first military force to offer a chance for female applicants serving in combat roles.
The initiative was actually announced way back in 2016, by David Cameron, but it was only recently (July) that Michael Fallon announced the move itself. He claimed that everyone should (and will) be given the opportunity to serve, regardless of their gender, and cited this as a defining moment for the RAF.

The majority of people seem to have welcomed this as a really positive step. The RAF’s main priority is to patrol and protect RAF maintained airfields and air bases, and there is simply no reason for why gender should place limitations on this. Here at How2Become, we think it’s fantastic that RAF women are finally being given a chance to serve in the ground forces. As experts on the selection process, we believe that any women has just as good a chance as any man of passing.

Unfortunately, however, there are some critics of the idea. Specifically, several formal commanders of the British forces in Afghanistan have spoken out against the plans, claiming that women simply can’t cope with the physical demands of working in the ground force, and that this could lead to the military being hit by enormous compensation demands. Furthermore, it’s been claimed that, judging by the stress the training puts on even men’s bodies, the training could be extremely difficult for RAF women, and lead them to sustain serious injuries. Finally, it’s also been claimed that in order to compensate for all the previous, the training will naturally become less arduous and demanding – resulting in a weakened service overall.

Is this reaction fair? Do RAF women deserve more respect?

In our opinion – no. Whilst it’s true that the demands of training for the RAF are extremely tough, there is no reason to think that women shouldn’t at the very least be given the chance to prove themselves. Furthermore, claiming that the training will become less demanding as a result, represents quite a leap in logic, and is fairly disrespectful to the RAF as an organisation, and RAF women. There is no evidence to support the idea that the RAF would allow its standards to slip, as a result of taking female applicants, and in our opinion they should be given the benefit of the (minimal) doubt.

If anything, apart from finally giving the women a chance in a significant sector, this change will help to add gender diversity to the armed forces. Differences in gender can account for different ways of thinking, performing and behaving, and there is every reason to believe that by diversifying the ground forces – to include women – armed forces employees will be benefit strongly from the new ways of processing and dealing with information that women can bring to the service. Every sector of the UK should be constantly aiming to improve, and the armed forces are no exception to this.

Here at How2Become, we are fully behind this new initiative, and can’t wait to see it in action! 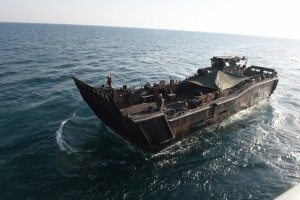