Home > Blog > The Benefits Of Working As A UK Train Driver! 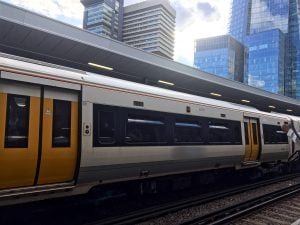 With all of the recent negativity surrounding the current UK train driving industry, here at How2Become we thought that we would share some POSITIVE news! That’s right, it’s not all doom and gloom on the UK railways, and there are still plenty of reasons to become a train driver, as we’ll elaborate on in this blog.

Without further ado, let’s explore some benefits of working as a UK train driver.

The Benefits Of Working As A UK Train Driver

Recently it has emerged that Southern rail drivers have rejected an offer for £75,000 a year. Without going into the details of the dispute, which you can find chronicled over at traindriver.org, it’s fair to say that this is an enormous sum of money. In the wake of the Southern Rail mess, train companies are now doing whatever they can to ensure that their drivers are contented and not thinking about going on strike. With this mind, it’s fair to surmise that train drivers in the UK will reap the professional benefits of this – and this includes pay rises. Although not every single TOC will be going to the lengths of Southern – who are in a quite desperate position, it stands to reason that every TOC who fears falling quite as far as Southern have, will be doing whatever they can to keep their drivers happy. At the moment, the great pay is one of the biggest benefits of working as a UK train driver.

It’s fair to say that train drivers, and TOCs, don’t exactly have a glowing reputation amongst the general public at the moment. This is more than reasonable, especially since the majority of people simply want to get their train to and from work, without having to worry about the political machinations of a train operating company. Therefore, the anger of the general public comes from feeling as if they have been let down by train drivers – many of whom make more money than them, and train operating companies for allowing driver demands to impact upon the service.
With all that being said, train drivers themselves have a pretty unfair reputation. The vast majority of train drivers are not the greedy or lazy individuals that the public makes them out to be, and they really care about their job. Working as a train driver requires you to have a genuine level of care for the customer – passengers in this case. Every time you drive a train, you are responsible for hundreds of lives. The level of responsibility that comes with the job means that you can’t afford to switch off even for a moment. Furthermore, drivers are required to interact with passengers on a regular basis, strengthening the driver-passenger relationship. Here at How2Become, we fully encourage anyone thinking about the benefits of working as a UK train driver, to do their utmost to get the job. Changing public perception starts with you! 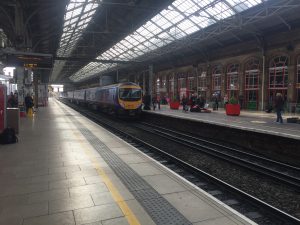 One of the biggest benefits of working as a UK train driver, is that it brings almost endless opportunities for development, growth and progress. This doesn’t just apply to working as a driver either. TOCs are well known for ‘taking care of their own’ so to speak, and for this reason it is candidates who apply from within the company that are most likely to be successful in job applications. For example, it is not uncommon for a person working in a manual role – such as Train Platform Assistant – to progress up to Train Conductor, and then eventually make the jump to Train Driver. Beyond this, it is the ambition of many Train Drivers to work for prestigious companies such as Eurostar. So you see, applying for a job with a TOC can have enormous benefits. Jobs are admittedly hard to come by, with strict application deadlines and huge competition on all fronts, but once you get a job with a train operating company then you have a fantastic career ahead of you.

This benefit is a little more subjective, but for many of the older generation working as a train driver is a dream come true. Although less the case nowadays, there is an enormous community out there who are extremely passionate about all things trains – especially since electric trains were one of the first big modern inventions that many of them experienced. If you are one of those people, then stop waiting around, and apply for a train driver job today.

One of the other big misconceptions from the public towards train drivers, is that drivers have an easy role. This couldn’t be further from the truth. The reality is that train driving is so complex and difficult, that drivers need to train in a huge variety of skills before they are allowed to take the controls. Areas such as concentration, problem solving, customer service and multi-tasking are all fundamental requires for a train driver, and translate over to a wide range of alternative careers. This means that you don’t necessarily need to stay working as a driver for the rest of your professional life. The experience you pick up from working as a train driver will be valued by any potential future employer. 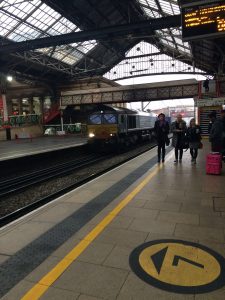