The STAR interview technique has been around for a number of years, but few people who attend an interview understand it or even use it!

In this article, we will explain what the STAR interview technique is, how to use it and also provide you with a couple of sample answers so you can see it in action.

What is STAR INTERVIEW technique?

In a nutshell, STAR interview technique is a really simple way for structuring answers to situational/behavioural interview questions. It is generally only used when answering questions such as:

The STAR method consists of the following 4 areas:

SITUATION – What was the situation you found yourself in?

TASK – What was the task that needed to be carried out?

RESULT – What was the end result following your actions and the actions of other people?

How to use STAR Interview Technique

Let’s assume the interview question is as follows:

“Can you give me an example when you have worked well as part of a team?”

One Friday afternoon, at approximately 4pm, my line manager rushed into the office and said that a delivery of stock was due any minute now. The delivery was scheduled for the following Friday, but the courier company had got the dates mixed up and therefore it was arriving a week earlier. This meant we had to drop everything and get ourselves prepared for the unexpected delivery.

The problem was, most of us were due to leave at 4:30pm that day, so there were not many people around to carry out the task of taking in the delivery, which usually takes at least an hour to unload and stock check.

I immediately volunteered to stay behind late to help the company out in its time of need. I set about preparing for the delivery by getting together a small group of workers who I knew would help me achieve the task quickly and accurately. Then, I handed out jobs to the people in the group, which including handling the goods, checking them off as they came through the warehouse and also stocktaking. I briefed all of the team so that everyone knew their role within the task. Once the delivery arrived, we worked hard to achieve the end goal.

Following the team’s hard work, we managed to get the delivery unloaded, stocked on the shelves and cross-checked, much to the gratification of our line manager. He thanked us all for volunteering to get the task completed quickly, safely and accurately.

The STAR technique/method is one of the most effective ways of responding to interview questions. We will finish off this blog post with our 5 top tips for using STAR:

1 – Make sure you use STAR when preparing for the situational or behavioral type interview questions.

2 – When asked an interview question that requires the use of STAR, make sure you think of Situation, Task, Action Result when getting ready to answer the question.

3 – Always make sure your responses using STAR technique are specific in nature. Do not tell the interview panel when you would do, but instead tell them what you did do!

4 – Always make sure the RESULT is a positive one following your actions.

1 – When have you handled huge pressure in a work-related situation?

In my previous job a work colleague left unexpectedly. He had been responsible for a project that had to be delivered within a very tight deadline.

My supervisor asked the workforce for a volunteer to take on the project. I decided to step up and take responsibility. To be honest, I prefer to work under pressure. I saw this as an opportunity to help out the company in their hour of need.

I studied the brief carefully and then created a plan of action for getting the project delivered on budget and also on time. It was tough going, but I put in the extra hours’ work needed and I am pleased to say I managed to get the project finished on time and to specification. My supervisor was thrilled with my work ethic and effort. He thanked me for my commitment and dedication to delivering this important project.

2 – Can you describe a stressful situation and how you handled it?

Whilst working in an office one day on the fifth floor, the fire alarm activated due to a small fire being reported on the first floor. People within the office did not appear to take much notice as the alarm usually sounded only when there was a false alarm.

I decided to take responsibility. I shouted across the office that everyone needed to leave via the quickest and safest fire escape. Some people started complaining but I insisted they leave immediately. I was aware that we were all on the fifth floor and any time wasted could endanger life, especially considering we could not use the lifts in the event of a fire alarm activation.

When the Fire Service arrived they did in fact find a fire on the ground floor area, so it really was a genuine emergency.

After the fire was extinguished and we could returned to our office, I reminded everyone of their responsibilities in the event of a fire. I believe I handled this situation with confidence and resilience. Although it was stressful at times, I was determined to follow company health and safety procedures to ensure everyone was safe.

3 – Can you give an example of how you dealt with conflict in the workplace?

Yes, I can. In my previous job as an office administration worker, there was one particular work colleague who seemed to dislike me. During meetings he would ignore my contributions. He made a number of unacceptable comments in the canteen on more than one occasion.

I decided to tackle the situation in a calm manner. However, before I approached him to discuss the situation, I needed to decide what it was I wanted to achieve from the discussion.

I understand we can’t always get on with everyone in a work-place environment.

The problem with this type of situation is it can be detrimental to the organisation as a whole. On that basis, I wanted to see if there was anything I was doing that irritated him. Then, we could try to reach a constructive solution to the problem. Once I had determined my goal, I approached him whilst he was on his own and asked him if we could have a private discussion away from other office workers.

We sat down in a room away from everyone else. Then, I explained my concerns with regards to how I felt he was treating me. I also asked him if there was anything I was doing that irritated him. His initial reaction was extremely defensive, but I maintained my position and repeated my feelings with regards to how he was treating me in a calm and non-confrontational manner.

After a while, he accepted he was in the wrong and apologised for his comments and behaviour. He reassured me it would not happen again. We both agreed that a positive way forward would be to create and maintain a friendly and professional working relationship. I believe it is important to tackle any form of conflict in a calm and professional manner. The aim should be to reach a positive outcome for everyone.

4 – Can you tell me about a mistake you made at work and how you handled it?

One particular time I was working in the company warehouse, I made a mistake that meant the company did not have sufficient stock available over a busy seasonal period. As soon as I noticed I had made the mistake, I informed my line manager. I feel honesty and integrity are essential in a situation like this. My supervisor was annoyed with the mistake I had made. However, he was thankful that we had the opportunity to try and rectify it.

I asked him to give me the opportunity to sort it out, which he agreed to. I immediately contacted our supplier to see if there was anyway the additional stock I had missed could be shipped to us in time for the seasonal period. Although it took some time and persuading, the supplier agreed to ship the additional stock the next working day, much to my relief. I then set about putting things in place to make sure I did not make the same mistake again.

5 – Can you tell me about a time you had to deal with an irate customer or client?

Yes, I can. Recently, I was serving a customer behind the checkout. They had purchased some goods in our Winter Sale the week before and they wanted to return them as they were not what they wanted. Unfortunately, because the goods were purchased in the sale, they would not be eligible for a refund. I started to explain this to the customer. she immediately began to get irate and angry. I listened to her concerns but stated calmly that it was company policy to not refund goods purchased in the sale.

The customer continued to complain and was becoming even more irate and vocal. I noticed a large queue forming behind her, and so I asked my colleague to take over from me whilst I took the situation away from the till area. After I had listened to the customer I explained to her in a calm but firm manner that the receipt she had made it clear that sales items were non-refundable. I explained to her that I could understand her frustration, but that there was nothing I could in this situation to help her and apologised for the inconvenience.

I explained to her that if I could help her, I most certainly would. She then began to calm down and accepted my explanation. Whilst she was not completely satisfied, she did leave the shop with an understanding of the situation. She understood why I was unable to assist on this occasion. I believe that by remaining calm, listening to the customers complaint, and also by taking the conflict away from other customer eyes and ears, I was able to resolve the situation as amicably as possible.

Check out Richard’s comprehensive guide to the STAR Interview Technique, guaranteed to improve your chances of success!

Looking for more expert guidance on how to pass your next interview? Check out our Ultimate Online Interview Training Course. 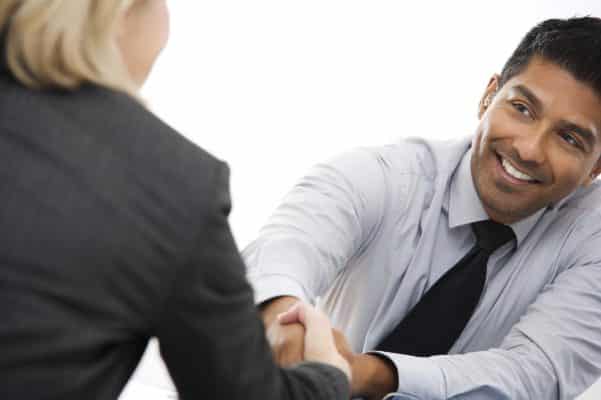