Home > Blog > Subjects and Verbs – How to Improve Your Writing

Subjects and verbs can be difficult to pin down and get to grips with. Here, we’re going to look at how to improve your writing by learning the relationship between subjects and verbs.

Disagreement Between Subject and Verb – How to Improve Your Writing

This is a form of cross-sentence incoherence which is the result of incorrect tense or singularity/plurality. This section will cover the ways in which this grammatical error can appear.

The first error occurs when two or more nouns are matched with a singular verb (e.g. ‘was,’ ‘is’):

Gemma and Nazeem was the only people left in the hall.

This is an error because the two nouns form a group, and therefore need a plural:

Gemma and Nazeem were the only people left in the hall.

If the subject is a plural (i.e. two or more nouns grouped together) then the verb needs to be plural as well. The second error appears when a plural determiner (e.g. ‘some,’ ‘all,’ ‘less’) is paired with a singular verb (e.g. ‘was,’ ‘is’):

Fewer people has arrived on time than usual.

The determiner ‘fewer’ is a plural, and ‘has’ is a singular verb. The verb needs to be changed to a plural:

Fewer people have arrived on time than usual.

If the determiner is a plural, then the verb must also be a plural. The next grammatical error is the opposite: when the determiner of the sentence is singular and the plural is a verb. The same rule applies – both need to be of the same kind:

This lesson were successful in conveying its key points.

This should read as:

This lesson was successful in conveying its key points.

Generally speaking, it’s important that plurals match plurals and singulars match singulars. Keep an eye out for which appears in a sentence and then make sure every determiner matches it correctly. 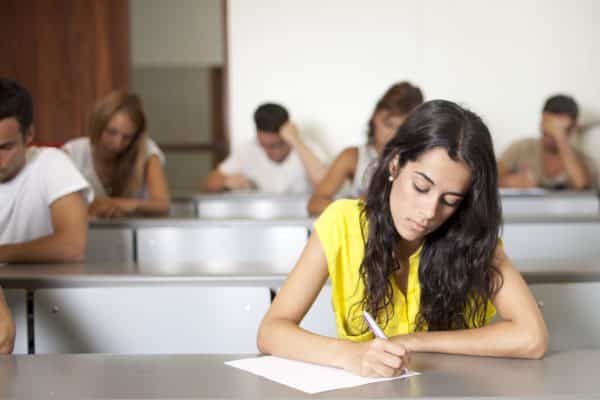 Inappropriate Verb Form – How to Improve Your Writing

This grammatical error occurs when the verb and the words around it are not formed properly, or in some cases do not appear at all. Some of the ex-students managed stop by during their university summer holidays to say ‘hello’. The verb form of the above sentence is missing. It should read:

Some of the ex-students managed to stop by during their university summer holidays to say ‘hello’.

In this sentence, the main verb is ‘managed’, and it requires the verb form ‘to’ in order to make sense. Likewise, the same sentence could be missing another verb form:

Some of the ex-students managed to stop during their university summer holidays to say hello.

This should read as:

Some of the ex-students managed to stop by during their university summer holidays to say hello.

Sometimes, the verb form might be present but incorrect. For example:

Some of the ex-students managed to stop to during their university summer holidays to say hello.

The word ‘to’ after the verb ‘stop’ is an incorrect verb form. You can ‘stop in’, ‘stop at’ and ‘stop by’, but you can’t ‘stop to’. The best way to discover the appropriate verb form for each verb is to listen to people speaking. In particular, it might be useful to listen to how people speak in scripted radio and television shows, since they will use the correct grammar unless it’s for effect. However, be wary of American spoken English since it often omits verb forms:

In American English, this is structured normally, and is acceptable. However, the Literacy Skills Test expects an understanding of Standard English, and therefore you must make sure not to omit verb forms:

In addition to hearing people speak, reading will always reinforce your vocabulary and therefore your understanding of verb forms. Inappropriate or missing verb forms can be easily overlooked while writing, but their rules are generally straight forward. 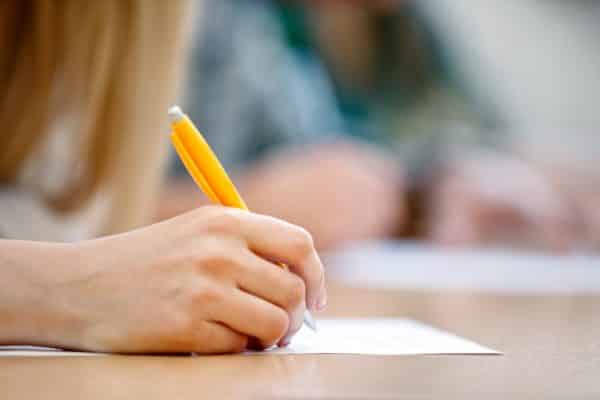