A competency–based interview is an approach used by interviewers to assess your performance in a particular key area or skill that is attributable to the job description.

As each interview question is asked, you need to provide a specific example of where you match the competency being assessed.

In this blog article we will explore what a competency-based interview is, provide you with some important tips for passing them, and also provide you with 25 sample questions complete with answers. 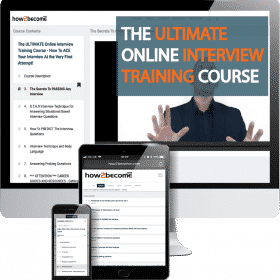 LOOKING TO BOOST YOUR CHANCES OF ACING YOUR NEXT JOB INTERVIEW?

Q. When have you worked as part of a team to complete a difficult task?

SITUATION – In my previous job I volunteered to work with 5 other members to complete a difficult project that had fallen by the wayside due to a contractor going out of business.

TASK – The task required all 5 of us to work closely together to integrate a new software system with the client’s website. So, we only had four days to complete the task in accordance with the specification and the client’s requirements. Therefore, time was of the essence and we needed to work hard to get everything done to a professional standard.

ACTION – We started out by reading the client brief carefully and then I decided to take the lead and allocate specific tasks based on each team members capabilities and area of expertise. So, we then set timescales for each team member to reach, which would ensure the task got completed in time. Throughout the five-day working period, we all supported each other as and when required in order to motivate each other through regular communication.

RESULT – The end result was the project was completed on time and to a high standard, much to the satisfaction of the client.

USE THE STAR METHOD WHEN ANSWERING THE QUESTIONS.

It is vital you provide specific examples and concrete evidence of where you have previously matched the assessable competency. To do this, make sure you structure your answer using the following STAR TECHNIQUE:

SITUATION – Describe the SITUATION you were in.

TASK – Describe the TASK that needed to be done.

ACTION – Describe what ACTION you took and what action others took.

RESULT – Detail the RESULT of the task following your actions.

The following is a detailed list of the current competencies being assessed by interviewers and recruiters:

Q. When have you taken responsibility for a difficult task at work?

SITUATION – During an office meeting, my supervisor asked for a volunteer to work over the forthcoming weekend. One of our customer service agents had gone off sick unexpectedly and he needed someone to take on their duties at short notice.

TASK – My supervisor needed someone to quickly learn the responsibilities of the person who had gone off sick. Therefore, it was a difficult task but I felt I had a responsibility to help the company in its hour of need.

ACTION – I started out by cancelling my plans for the weekend and then focused on learning the role of my colleague so I could perform the job to the best of my ability. I decided to undertake an online course during working hours to learn as much about the role as possible. I also asked my supervisor a number of specific questions to make sure I knew exactly what I was supposed to be doing, and also what was expected of me.

RESULT – The end results was, I am pleased to say, a success. I worked for the entire weekend in the customer service role and the feedback we received from our customers was outstanding.

Q. Describe a time when you solved a difficult problem at work?

SITUATION – Whilst at work, I noticed two work colleagues had not been getting on for some time now. So, although the situation hadn’t yet impacted on the performance of the company, I was concerned things could escalate unless someone stepped in to resolve the problem.

TASK – I felt someone needed to get hold of the situation with a view to resolving it amicably and as quickly as possible. It was my task to get the two people together, find out what the issue was with a view to sorting the situation out so we could all move forward as a team.

ACTION – I initially sat down in private with each person individually to ask them what was going on. So, I managed to gather some useful information which led me to believe the problem was all down to a simple miscommunication. It transpired that one of them felt the other person had done been doing their job properly, which resulted in the other person having an increased workload. Therefore, I got them both together in a private room and asked them to talk sensibly about it whilst I facilitated the discussion. Although it was uncomfortable at times, they both were relieved to get the situation resolved.

RESULT – The end result was that both work colleagues cleared the air, shook hands and agreed to talk about things openly in the future, if a similar situation arose again.

Q. When did you make a difficult decision within a team that most people were against?

SITUATION – Whilst sat at my desk one day, the fire alarm started sounding. So, I immediately got up from my desk to make my way out of the building, but I noticed the other members of the team were ignoring the fire alarm. We were situated on the 5th floor of the office block, and it was important we left quickly.

TASK – I felt it was my responsibility to force people to leave the office and make their way out safely using the fire escape. Therefore, I wasn’t going to ignore company policy and, potentially, put other people’s lives at risk.

ACTION – I shouted out loud that the fire alarm was sounding and that we all had to leave immediately. A member of the team told me to “sit back down” because the fire alarm was always going off and it was probably a false alarm anyway. So, I reminded them all that we could not use the lifts in the event of a fire alarm and that it was a long way down five flights of stairs. Eventually, they all got up from their chairs, and we all made our way out safely.

RESULT – As it transpired, there was actually a fire in the basement of the building and the fire department quickly put it out once they arrived. So, I reminded everyone of their responsibilities to follow company policy once we got back up to our office. Therefore, I would never be afraid to make unpopular decisions whenever the need arises.

Q. Can you give an example of when you have supported change within an organization?

SITUATION – In my previous job, a new and inexperienced manager joined the team. It was quite refreshing to have someone new join the team. She had different and creative ideas she wanted to try out which she believed would help the company to grow. Therefore, unfortunately, the vast majority of people within the team were opposed to the proposed changes and they made their feelings clear to the new manager.

TASK – I felt differently. I believe change is positive within any organisation and there is no harm in trying new and different ways of working. So on that basis, I supported my manager and decided I would speak to those against the change individually, to try and motivate them to see the potential benefits.

ACTION – I took my time to speak to everyone who was against the change and shared with my them my own view and opinion of the proposals. Eventually, most of the team began to turn their views and they each expressed a desire to embrace the change, albeit reluctantly. Therefore, we all started working with the new changes our manager had made, and I personally embraced them positively and with a motivated attitude.

RESULT – To be honest, the results were staggering. Most of the changes had a positive impact on the business and you could sense an upbeat and positive mood within the office. The changes were accepted and we all now look forward to, and embrace change, whenever it comes along.

Q. Describe a time when you had to deal with a customer complaint? What did you do and how did you resolve the complaint.

Q. Describe a time when you used your communication skills to get across an important point of view?

Q. Describe a time when you had to present an idea to a group of people?

Q. When have you introduced an innovative and unique idea into your team? How was it received?

Q. When have you learnt a new skill at work that helped you to perform better in your role?

Q. When did you take onboard constructive feedback from a supervisor following an appraisal?

Q. What is the toughest decision you have ever had to make whilst at work? Why did you make the decision and what was the outcome?

Q. When have you made a mistake at work?

Q. Describe a time when you set yourself an important career goal? What difficulties did you come up against and how did you overcome them?

Q. Describe a time when you initiated a project whilst at work? Why did you imitate the project and what did you do to make sure it was a success?

Q. Describe a situation when you had to work with someone who you didn’t get along with.

Q. Describe a time when you helped a new member of a team to integrate into the workplace.

Q. Describe a difficult and time-sensitive task you achieved whilst working as part of a team? What role did you play in ensuring the team task was a success?

Q. Describe a situation you were in when you motivated a difficult member of a team?

Q. Describe a time when you managed an under-performing member of staff?

Q. Tell me about a project you led from beginning to end. How did you plan for the project to be a success and how did you monitor progress?