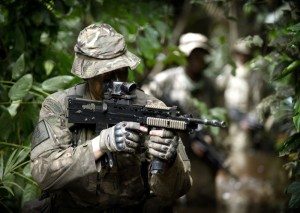 The Royal Marine Commandos are an elite group of trained soldiers. They perform global operations for the Royal Navy. A Commando is trained to be an expert in a number of different operations.

The Royal Marine Commandos are recognised as an elite force within the military. They are on par with regiments such as the special boat and special air service. They are responsible for dealing with emergencies all over the globe. This includes bringing aid to victims of natural disaster, and maintaining peace relations between national organisations.

Working for the Royal Marine Commandos is a demanding task. You will be expected to operate far out of your comfort zone. To show you what life in the Marines is really like, we’ve prepared an example day in the life of a royal marines commando. If you believe that you have what it takes to become a Commando, read on!

A Day In The Life Of A Royal Marines Commando

Ben is our resident Royal Marine Commando. He has been in the armed forces for seven years now. Below is his typical day. When working as a Royal Marine, every single day is different to the last. Every day you will take new challenges and training exercises, and will always be kept occupied.

Ben’s typical day starts at 8am. His first assignment is to complete 2 hours of physical training. 1 hour of this assignment is spent in the gym, and the other is spent outside.

The first hour in the gym consists of the following  physical exercises:

The second hour, spent outside, consists of the following  physical exercises:

At 10am, Ben takes a shower and has a  cigarette outside.  He then begins his first training period. During the day, Ben will takes three training exercises. These can differ on a daily basis.

Today, Ben starts off with a map reading lesson. Map reading is extremely important for Royal Marine Commandos. When operating in difficult and unfamiliar terrains, the ability to properly read a map and identify your location can mean the difference between life and death.

Royal Marine Commandos need to remember map terminology such as: Mag to Grid, get Rid. Grid to Mag, Add.

At 12pm, Ben begins a cooking lesson. Cooking skills are essential in the Royal Marines, especially if you find yourself in isolated or adverse

Ben learns how to skin an animal and then cook it on the fire, as well as how to filter water from natural resources.

Food hygiene is particularly important. When out in the field, marines will be lacking the safety equipment used in everyday kitchens.

At 2pm, Ben goes to the mess hall for lunch.  Food is extremely valuable, ‘ You learn to appreciate what is given. You need to conserve your energy. This is good practice for when you are out in the field.’

At 3pm, Ben takes a 2 hour language class. This finishes at 5pm. Marines are trained in several languages. This is important when it comes to deployment in foreign countries. Royal Marine Commandos are representatives for Britain in other nations. The better they can interact with the global populous, the better it will reflect on the organisation as a whole. 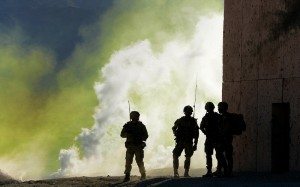