In the summer term 2016, the new national curriculum was assessed for the first time, with many KS2 pupils undertaking three never-seen-before Science SATs papers: in biology, chemistry, and physics. The newness of these assessments meant that there were simply no past papers that parents could use to help their child with their KS2 Science SATs revision, making the preparation for these exams a daunting task.

However, if your child will be facing these assessments in the summer, you will not face the same fate! We have created some sample questions of our own (modelled on the government sample materials) that will introduce your child to the styles of questions they will face, as well as the subject content itself.

Label each part of the diagram.

Look at this food chain:

Anil needs your help! He has a list of vertebrate animals that he has seen in the wild, which he wants to classify into groups. He is having trouble with this.

Look at his list of animals and their descriptions and write down whether it is a mammal, amphibian, reptile, bird or fish. 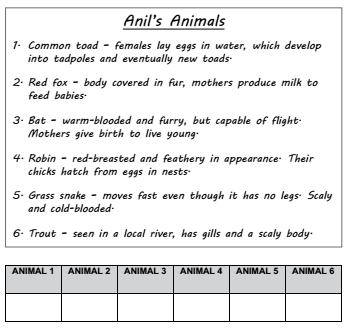 Scarlett has made a list of facts about fossils. Unfortunately, Blaze has got his hands on it and has snuck some in that just aren’t true! Defeat Blaze and help Scarlett by deciding who wrote each statement. Choose Scarlett for the TRUE statements and choose Blaze for the FALSE statements.

Below are three words that describe the process that solids, liquids, and gases go through when changing states. Give a short definition for them.

Label the following diagram, which shows the three main stages of the water cycle. 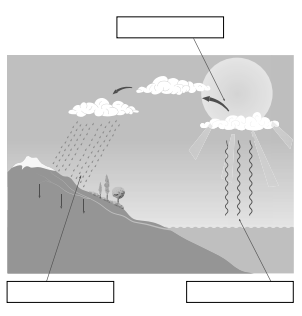 Answer the following questions by writing always, sometimes, or never for each one.

Freddie is playing his trumpet and measuring the amount of decibels he produces with different strength blasts. He records his findings in the following table:

Melting: ‘Melting’ is the process that solids go through to become liquids. This occurs when a solid is heated enough to reach its ‘melting point’ – the temperature where it can no longer remain as a solid and becomes a liquid.

Freezing: ‘Freezing’ is the process that liquids go through to become solids. This occurs when a liquid is cooled enough to reach its ‘freezing point’ (for water this is 0°C). The freezing point is the temperature at which a liquid will become a solid.

Boiling: ‘Boiling’ is the process that a liquid goes through to become a gas. This occurs when a liquid is heated enough to reach its ‘boiling point’ (for water this is 100°C). The boiling point is the temperature at which a liquid will become a gas. 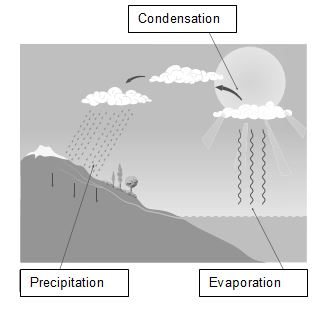 Thanks for reading our KS2 Science SATs revision blog! 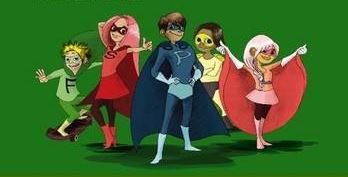