The Metro Bank Online Assessment consists of five tests. Each of these is used to gauge your aptitude to determine whether you are a suitable candidate to be taken to the interview stage of the application process. Here, we’re going to take a look at each of the Metro Bank Online Assessment Tests. Examples and explanations will be given for each kind of question you might face. Answers to the sample questions can be found at the bottom of the page.

What Are the Metro Bank Online Assessment Tests?

As previously mentioned, there are five different tests in the online assessment. Each covers a different area. They are:

These tests are also known as the GIA (General Intelligence Assessment). For each test, you will be given an explanation as well as 8 practice questions before starting the actual test. Each test is multiple-choice, so all you need to do is figure out which of the answers is correct, click on it, then move on. As you can probably tell, the test is taken at a computer.

Remember that each test uses multiple-choice questions. This means that, if you are stuck on a question, you can use a process of elimination to come to the correct answer.

Make sure that you answer every single question in the tests. If you’re not sure about a question and you’re spending too long on it, choose an answer and move on. There’s no point getting stuck on a single question when there might be later ones that you can complete.

While you shouldn’t rely on guesswork to pass the tests, the multiple-choice element of the test means that you can take a guess if you don’t know the answer.

The key to these tests is speed as well as accuracy. You want to be able to answer questions as quickly as possible, but make sure that you don’t sacrifice accuracy. This can be tricky, but with a bit of practice you’ll be in a great position to complete this test properly.

For each question, you need to click on the correct answer. In this case, Emma is richer than Andrew. This example was quite simple, but most questions will be slightly more complex than this:

In this case, the answer is Andrew because poor is the opposite of rich. All the questions in the reasoning test will of a similar format: you’ll be given a statement comparing two individuals, then you will be asked a question about them.

Take a look at these examples: 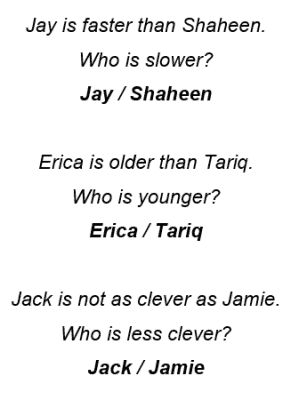 In the real test, the two answers will appear in separate boxes next to one another. You will need to click the answer that you think is correct.

The purpose of the perceptual speed test is to measure how quickly you can take in information and process it. In this test, you will be given four pairs of letters. The pairs appear vertically:

Here’s what a question of this kind would look like in the real test: 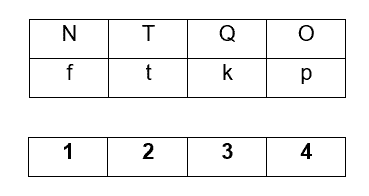 In this case, there is only one pair of letters that both contain the same letter. Therefore, you’d click the button that says ‘1’.

Take a look at these sample questions for the perceptual speed test: 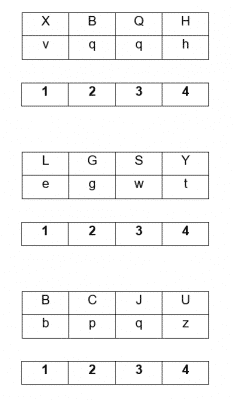 The third test in the GIA is the number speed and accuracy test. This test is designed to assess your ability to perform numerical operations in your head. For each of these questions, you need to figure out which number is furthest away from any of the other numbers.

For example, take a look at the following numbers:

Give the following examples a try: 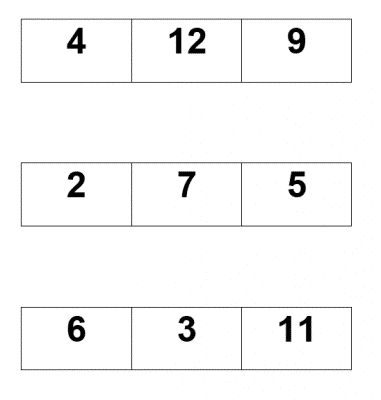 The next test is the word meaning test. Here, you will simply need to spot the odd word out of a trio of words.

For each question, you will be given three words. Two of them will be related to each other, whilst the third will be unrelated. You need to figure out which word is the odd one out, then click it.

Take a look at the following words:

Give the following examples a try: 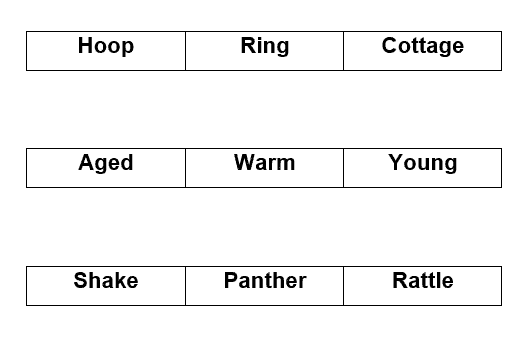 The final test in the GIA is the spatial visualisation test. Here, you will need to analyse shapes in your head to tell if they match or not. For each question, you will be given two pairs of symbols. Your job is to tell whether the symbols in each pair match or not.

Take a look at the following example:

If you rotate the bottom ‘R’ symbol to be upright, you’ll find that they are not the same since the bottom symbol is reversed. In the test, you’ll need to look at two pairs of symbols just like this one. Then, you will need to click a number to show whether zero, one, or both of the pairs match. Take a look at this example: 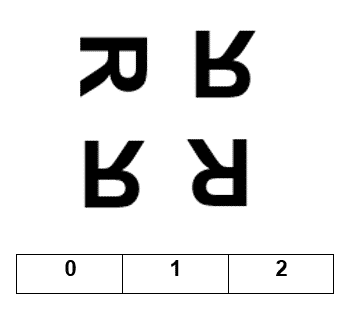 If you examine and rotate the pairs, you’ll find that pair 1 (left) does not match, and neither does pair 2 (right). This means that neither of the pairs match. Therefore, you would click ‘0’ to show that zero pairs have matching symbols. 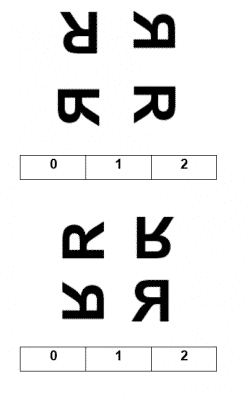 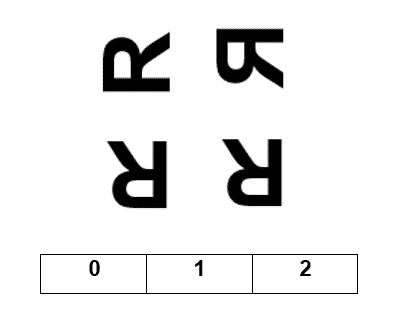 You should now have an idea of what questions you’ll face in the Metro Bank Online Assessment Tests, along with explanations and sample questions to help you practise.