Kent Police is one of the most popular places for police candidates in the UK to apply to. Every year, the Kent Police jobs team receives many thousands of applications from aspiring police officers. With all this competition, naturally it’s super hard to get a job! Well, fear not, in this blog we’ll break down the Kent Police jobs assessment centre, and give you a breakdown of what to expect.

In the numerical ability test they will ask you to answer multiple-choice questions which will measure your ability to use numbers. The test lasts for 23 minutes and there are 21 questions in total. Along with simple maths, you will be presented with a graphs and tables. The questions will also require you to utilise the following numerical skills:

You can use a calculator for this test, but it will be provided to you by Kent Police at the assessment centre.

In Section A they will give you a number of conclusions which you might come to. You must look at each conclusion and work out if:

A – the conclusion is true given the situation described and the facts known about it;

B – the conclusion is false given the situation described and the facts known about it;

C – it is impossible to say whether the conclusion is true or false given the situation described and the facts known about it.

In Section B they will give you four statements. Your job is to decide which one of the statements is most accurate.

During the assessment centre you will be asked to take two written exercises. These will require you to create an Incident Report Form, based on the information given during the exercise. The following is an overview of the two exercises that you will have to carry out:

Written Exercise One. In this exercise, you will need to deal with a customer. The customer will be writing in to complain about how an incident was dealt with by your centre’s security guard. You will be given 7 different sheets of paper, each containing a different take (from different witnesses) on the incident. Normally one of these will be from the security guard, detailing his view. You may or may not also be given CCTV based evidence (in written form) to look over. All 7 witness reports will differ, and therefore there will be discrepancies. Your job is to write down the facts of the case, and at the end, make a recommendation about what should be done.

Written Exercise Two. In this exercise, you will watch a 12-minute DVD of an interview between a witness to an incident at a shopping centre, and the security staff working at the centre. You will allowed to take notes during the screening,
but there will be no pauses or breaks, and therefore you will need to take down as much important information as possible whilst watching the DVD. Your job is to take down all of the facts, and construct this into an incident report form, all whilst watching the DVD.

When you create a written report, the assessor is looking for a well-structured piece of writing that is logical and relevant. You should demonstrate a good use and understanding of National Recruitment Assessment Centre grammar, and aim to make zero spelling or grammatical errors. This is extremely important. You also need to make sure that your handwriting is neat and tidy, as this could reflect badly with your assessors.

The biggest factor in passing or failing this assessment, is your attention to detail. You cannot afford to miss key pieces of evidence or facts of the case, as you will be penalised for this. A great way to practice for the first exercise in particular is to look at a magazine or newspaper which reports on a particular event. Take a pen and paper, look through the story and then try to write down the key facts about the case.

Role play is an integral part of the Kent police jobs assessment centre, and you will need to take part in four role-play exercises during the assessment. This essentially consists of entering a room containing a role-play actor, and then playing the part of someone calming them down or resolving their situation for them. You will need to demonstrate the Kent police core competencies during the role-play exercise, displaying traits such as:

It is crucial that you learn the core competencies for the assessment centre, and fundamental that you display them during the Kent Police role play. The role play will be divided into two parts – preparation and the actual activity element of the exercise.

As part of the Kent police officer assessment centre you will be required to have an interview, which is focused largely around the core competencies.

The Kent police jobs interview board will have a number of set questions that they might ask you, all of them related to the Kent police core competencies. Make sure you learn the competencies before attending, otherwise it could be really difficult to pass.

The interview will normally last for around 20 minutes. You’ll be asked 4 questions, each of them focusing on how you’ve dealt with particular situations in the past, and all of them focused on how well you demonstrated the core competencies. You’ll have 5 minutes to answer each question, but you should also expect follow up questions based on your response. When answering these questions, make sure that you respond directly to the question, and ensure that you cover the competency that they have asked for – as you could be penalised if not. 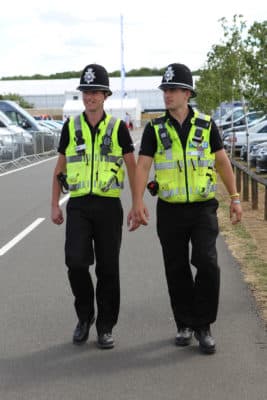