The beauty of joining the Army Military Police is that you get to become an Army Officer and also a Police Officer at the same time. Of course, with both of these roles there comes a huge amount of responsibility, a tough selection process (Army officer Selection Board) and also a number of interviews to navigate your way through.

If you think you have what it takes to become an Officer in the Army Royal Military Police (RMP), read on for some essential recruitment, AOSB, interview and selection tips.

The Royal Military Police are required to serve in the UK and also overseas. As part of their responsibilities, British Army Military police Officers are required to carry out difficult investigations, and also Close Protection and Security work. Comprehensive training is provided as part of the role which will then enable you to specialise in Serious Crime Investigations and Military Law.

There are two different stages of your training to join the RMP as an Officer. The first stage is to pass the 44 week intensive Sandhurst Army Officer training course.

During this course, you will need to pass a series of tests and exams and also show that you have what it takes to become a competent leader, manger and Officer in the British Army. Once you have successfully passed Sandhurst, you will then go on the undertake the Military Police Officer’s Course which will take place at the Defence School of Policing and Guarding.

This course, which is effectively the second stage of your RMP Officer training, takes a total for 12 weeks to complete. This is where you will learn your trade as an Officer with the Royal Military Police.

You will learn the role of a Police Officer in the Army, undertake specialised training in Crime Investigation, learn how to gather important evidence from a Crime Scene, undertake Close Protection Training and also learn about Military Law.

All of the training you will receive is preparing you for your first post as an RMP Platoon Commander within the British Army.

Responsibilities of an Officer in the Royal Military Police (RMP)

As part of your role as an Officer in the Army Royal Military Police, you will:

The role of an Officer in the Royal Military Police is highly rewarding. However, as we have already eluded to in this blog, there comes a difficult and challenging Army Officer Selection Board (AOSB) to tackle first. 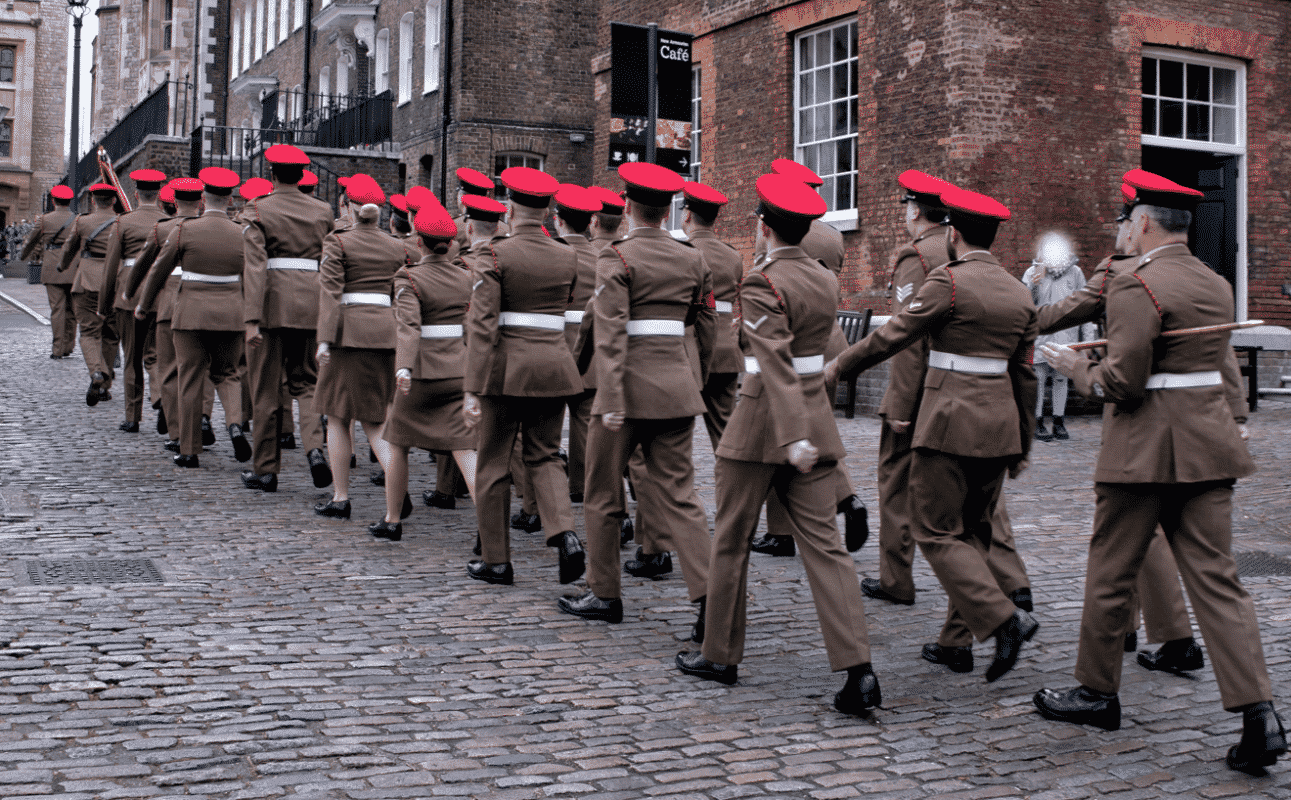 The selection process to become a Royal Military Police Officer consists of an Army Officer Selection Board Briefing and Main Board, or AOSB as it is more commonly known.

During the AOSB, you will need to undertake a series of tests, assessments and interviews whereby you will need to demonstrate you have the potential to become a competent and professional Officer in the RMP. The AOSB takes place at Westbury and here is a breakdown of what it is involved:

The briefing takes place at Westbury and will last for 24 hours. During your time at Westbury, you will undergo a series of tests and assessments, including practical assessments and also physical ones too.

The Army Officer Briefing is essentially designed to assess whether or not you can progress to the AOSB Main Board. Once your Recruiting Officer or Cadet Support Manager considers you to be ready, you will then be invited back to Westbury to undertake the full and challenging 3.5 day Army Officer Selection Board (AOSB MAIN BOARD).

The Main Board AOSB takes place over 4 days (3.5 to be exact). This is your opportunity to show the Boarding Officers and Army Recruitment Staff that you have what it takes to be an Officer within the Royal Military Police.

There will be other Army Officer applicants at the AOSB Main Board, and you will need to show you have the leadership and management potential to excel as an Officer in the British Army, whilst also working as part of a team.

During the first day of AOSB, you will undergo a series of fitness tests, including the Bleep Test. You will also receive an Introductory Talk to explain what will happen during the AOSB, and also what the instructors are looking for.

During day 2 of the Army Officer Selection Board, you will have to pass an interview that will assess why you are applying to become an Army Officer, why you want to join the Royal Military Police and also your experiences and interests that will help you to become a professional and competent leader and Officer within the British Army.

The type of questions you will have to answer during the Army Officer Selection Board include: